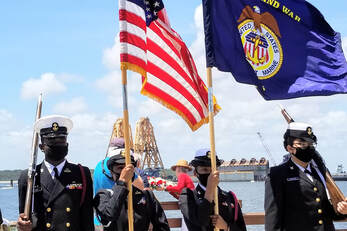 I had the distinct pleasure and honor of meeting Captain Sweden on December 13, 2021. I have read about and seen pictures of Captain America, but did not even know about Captain Sweden. We met high above the ground and water for just a brief moment, a South African and a Swede, both over a foreign land. No, I was not flying a kite at the time.

Captain Sweden is a truly unique historical figure with progeny from Australia and the USA. The Captain hails from a small Swedish fishing village, Skillinge, which is down on the southeastern tip of Sweden. The Captain travels the world in search of adventure, dream fulfillment, knowledge and remuneration, and has resided temporally in Australia and the US, but always returns home to the solace of Skillinge.

Who is Captain Sweden? Malin Andersson is a captain for the Nordic shipping conglomerate, Wallenius Wilhelmsen (WW) and has been since 2002. Paul Salter visited the Undine and told me there was a female cap-tain aboard; I went out to interview her. The Undine departed at 14:30 and I went aboard at 13:00 asking to see the captain. I rode the elevator to the upper deck where I was lead to the front of the ship. There standing in front of me was Captain Sweden!

Malin loves the sea and plying the waters of the world is fulfillment of a childhood dream. She started sailing in 1985 and rose through the ranks to captain in 2002. Malin has visited Brunswick many times and this was not her ‘first historic visit’ to the Port of Brunswick, as I erroneously be-lieved. She is the only woman captain at Wallenius, there have been three female chief officers on WW ships. Malin has captained RoRos (Roll on, Roll off car carrier) and container ships, but prefers being on the front end of the ship looking ahead at the ocean rather than at 230 m of containers.

Malin reads a lot, in English or Swedish, depending on the author’s nationality. I asked if she read Stieg Larsson’s  Millennium Trilogy, she said yes, in Swedish! Her eyesight is deteriorating so audio books are a new passion. Ship bored (pun intended) life could be sedentary, but not Malin. Captain Sweden is in the gym a lot!

Family life? Malin’s husband recently left WW after 30 years as an electrical engineer. They have two daughters, one born in New Jersey and the other in Australia while Malin was working ashore for WW. Female reception in the maritime industry? At sea, the crews have been wonderful and there have been no problems, but on the admin side there is still a reluctance to promote female officers to positions of leadership, even among the Vikings!

​Sail on Malin! You are ahead of the pack. Thanks for the interview.